Tucked away among the vineyards of Toledo in central Spain and with gnarled, centuries-old olive trees at its factory gate, Recuperaciones Ecológicas Castellanas SA (Recasa) makes it difficult to believe that the company’s operations are waste treatment.

Recasa was one of the first two plants to become established on this industrial estate 40 kilometres from Madrid, and has had to expand and reequip to keep up with the growth of its business.

General Manager and founder Mariano Miguel Arias has been in the waste business all his working life. He started with a company called Stlima by collecting industrial and domestic wastewater in tankers. Then he moved on to treating the waste as more stringent environmental rules made demand grow and as technology became available.

“I’ve grown up with this. I used to go to all the trade fairs, in Germany or wherever, to keep up with the latest technology,” he says, showing off Recasa’s most recent acquisition – a six-metre-long Alfa Laval ALDEC G2 decanter used in the sludge dewatering process. “Look at that water coming out. It’s almost clean enough to drink,” he says enthusiastically.

From cosmetic companies and food producers

Trucks roll into the plant continually as he speaks. Many are bright orange tankers belonging to Stlima, which collect industrial wastewater from transfer centres to where small manufacturers send their effluent. They also bring a certain amount of domestic wastewater from isolated buildings with septic tanks. Other trucks come directly from larger customers who produce sufficient quantities of waste to justify their own transport.

Recasa’s customers are scattered all over Spain, although most are concentrated in the central region. They include glassmakers, cosmetic companies, food processors such as ham curers or cheese factories, livestock or dairy farmers – any producer who needs to dispose of liquid waste.

European Union environmental regulations prohibit the disposal of organic and most industrial waste at regular dumps, and Recasa’s business is growing as the Spanish government and the local and regional authorities tighten their controls and enforce the eu rules. Disposing of waste legally by sending it to a treatment plant implies additional costs, and Recasa officials say many small industries are still evading the net; but as the authorities step up pressure on them, that will cease to be the case.

All the trucks arriving have to be vetted by the laboratory. A Recasa technician takes a sample of the contents as soon as it arrives, and the driver then has to wait for clearance from the lab technicians before unloading. The laboratory also takes regular samples for the development of the process in different parts of the plant. Regular analysis includes samples of the wastewater coming out of the decanter in order to verify parameters.

Recasa’s function, in a nutshell, is to neutralize contaminants and reduce the volume of industrial waste so that it can be disposed of safely and easily without overloading the authorized dumps.

Once analyzed, waste arriving at Recasa goes through a specific preliminary treatment depending on its nature. The treatments are varied but generally involve adding suitable chemical or bacterial compounds to deactivate the ingredients and prepare them for separation.

Organic waste typically has a high water content which can be reduced by processing in the evaporation tower. Oily waste is tackled by a separator and a decanter centrifuge in a part of the plant dedicated exclusively to hydrocarbons and some can be recovered for use as fuel oil. Waste with a high acid or alkali content can be neutralized by treating it with chemicals in the 10 tanks of what Recasa calls its “physical-chemical” unit.

After initial treatment the waste passes to the biological unit where it is treated with natural bacteria and left in a vast 2,000 cubic metres tank for approximately 24 hours. From there, some of the water can be run off and the remaining sludge goes to the decanter centrifuge. This is the final stage of the process and is where the real reduction in volume happens.

The decanter’s job is to take in the treated liquid sludge and spin it, thus reducing it to water - clean enough to pipe to the industrial estate’s regular wastewater plant - and a minimal amount of almost dry solid, known as sludge cake, which is then easy to transport to a secure dump.

“Without the decanter process we’d have to deal with a huge quantity of waste,” says Mariano Miguel’s son, Mariano Miguel De Castro, who helps run the family business. The company’s mission, as spelt out in its brochure, is to minimize the volume of initial waste, thus helping to prolong the useful life of the dumps, and to secure disposal sites.The decanter produces a grey-black sludge cake with a dryness of 35 per cent. Recasa then sends this dry sludge to a disposal site.

“Recasa’s policy is to stay up to date with the latest developments and expand by widening its range of applications as new technology becomes available and as demand grows,” says Mariano Miguel De Castro.

“Our goal is to continue to develop new waste treatments and processes as the technology becomes available,” he says. “Recasa is a young company with ample capacity and the capability to meet the new demands that will surely arise as environmental awareness increasingly becomes a key element of industrial production.”

“Recasa is not only the first industrial customer in Spain, but also worldwide, to have decided to buy the ALDEC G2 decanter, and opted for the 100 model, one of the biggest variants,” says Isaías Vinaroz of Alfa Laval’s Process Technology division.

It installed the decanter in January 2004. The adjustment process took longer than might have been the case if Recasa had not been the pioneer customer. The decanter has been working fully since April 2004. Mariano Miguel Arias, the General Manager and founder of Recasa, is pleased with the overall result. “The machine is very good, better than we expected,” he says.

Recasa has been an Alfa Laval customer right from the start. Seven years ago it installed a decanter centrifuge and a disc stack separator in its slop oil treatment plant, which Miguel says are still as good as new.

In 2001 Recasa installed a decanter for the final processing of all its waste. This was a second-hand Alfa Laval model, which now sits alongside the new machine where it can act as a backup if necessary.

One of the best

The old decanter did help cement a strong relationship with Alfa Laval; as a result, Recasa’s management trusted Alfa Laval’s people enough to take the plunge with an investment in the new ALDEC G2 decanter. “There are other manufacturers of decanters, but Alfa Laval is the one we liked best for the finish, for who is behind the name, and for the experience we have had with them. So we did not want to change,” Miguel says.

He expects to write off the investment in the decanter over five or six years, even though it was a major outlay for the company.

“We bought a bigger model so that we can cope with a sudden rush of work. For example, we might get peaks of 200 cubic metres – the equivalent of 10 tanker loads – in the space of a few days,” Miguel says.

Much of the time the decanter is not working at full capacity yet, but Miguel says that, even so, there are advantages in its speed – it can process 20 to 30 cubic metres an hour. “My interest is to get the job done fast so that the person involved can get on with something else,” he says. “Manpower is expensive today.” 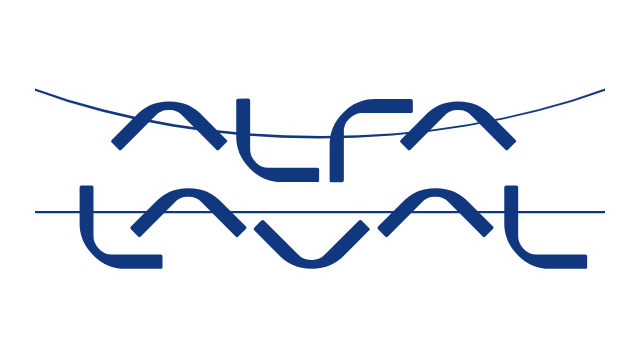 Tighter dumping rules means boosting business for Spanish Recasa – a company specializing in collecting, treating and disposing of waste from industrial companies in its region. New technology for dew...