An Alfa Laval cooling system was on board Italian driver Fabio Buzzi’s speedboat when he set a new world record on Lake Como, Italy.

On March 7, 2018, Fabio Buzzi broke his previous world record for a diesel-powered motorboat by reaching a sizzling 277.5 km/h over Lake Como, Italy.

The record-breaking event was the culmination of two years of planning by Buzzi's company, FB Design, headquartered in Annone Brianza, Lecco (near Lake Como). The saga began in 2016 as Buzzi and his team were developing a new boat to bring to the sport of marine racing. FB Design has long worked with Fiat and its independent spin-off FPT Industrial, and Buzzi viewed the latter's 16-litre diesel engine originally used for agricultural applications – as a promising starting point.

Alfa Laval's involvement with FB Design begun around the same time as the development of the new engine. The Alfa Laval portfolio of marine coolers and the FB Design portfolio of vessels for commercial, racing, and personal applications overlapped, and the project to develop a new racing engine soon followed.

"If you stop, you lose. Companies that don't continue to innovate are going to be left behind," explains the 75-year-old racing engineer and entrepreneur, Mr Buzzi.

Alfa Laval's cooling system the key for success
Maximizing engine performance for racing calls for a cooling system adapted to a very large turbo-charged engine in a marine environment. This was the challenge of Alfa Laval, suppliers of the charge air cooler, according to Conrad Dykas, Applications Product Manager for Tubular Heat Exchangers at Alfa Laval, and that oversaw the project.

"Racing was all new to us so of course there were challenges involved. One of them was the size requirements of the cooler," Conrad Dykas notes. "Mr Buzzi told us he wanted the charge air cooler to take the full length of the motor. By getting the maximum air cooling capacity that could be packaged on the boat the engine could then be calibrated for maximum power."

Conrad explains, "We took our proven design and made it one-third longer than the longest charge air cooler Alfa Laval ever had made for marine applications. It was hand-built with extreme precision."

The design was built to the requisites of racing standards: copper fins for their high thermal conductivity and resistance to corrosion; copper-nickel tubes because of their strength and durability; and aluminium extrusion shell construction for its strength and light weight.

The assembly was even more complicated. Bending the tubes and the fin core during assembly presented risk of cracking or over-bending it. Thanks to Alfa Laval's experience and planning, no problems arose. When the cooler was ready in July 2017, the engine was shipped to FPT's centre for advanced technologies in Arbon, Switzerland, for testing, tuning, and calibration. By mid-October the engine went into the boat at Lecco for further testing, validation, and refinement in preparation for its record-breaking run. On March 7, 2018, the record of 277.5 km/h was overseen and registered by representatives of Guinness World Records.

About Fabio Buzzi
The Italian boat builder and racer Fabio Buzzi holds 55 records for speed over 40 years in offshore racing competition. FB Design boats have won a total of 52 World Championships and the Harmsworth Trophy seven times. Fabio Buzzi himself has won 10 World Championships. His latest speed record shattered on March 7, 2018, piloting a diesel motor-powered speedboat across Lake Como at 277.5 kilometers per hour (km/h). This result bested the previous world record of 252 km/h set by Fabio Buzzi himself back in 1992.

Alfa Laval is a leading global provider of specialized products and engineering solutions based on its key technologies of heat transfer, separation and fluid handling.

The company's equipment, systems and services are dedicated to assisting customers in optimizing the performance of their processes. The solutions help them to heat, cool, separate and transport products in industries that produce food and beverages, chemicals and petrochemicals, pharmaceuticals, starch, sugar and ethanol.

Alfa Laval's products are also used in power plants, aboard ships, oil and gas exploration, in the mechanical engineering industry, in the mining industry and for wastewater treatment, as well as for comfort climate and refrigeration applications.

Alfa Laval's worldwide organization works closely with customers in nearly 100 countries to help them stay ahead in the global arena. Alfa Laval is listed on Nasdaq OMX, and, in 2017, posted annual sales of about SEK 35.3 billion (approx. 3.6 billion Euros). The company has about 16 400 employees. 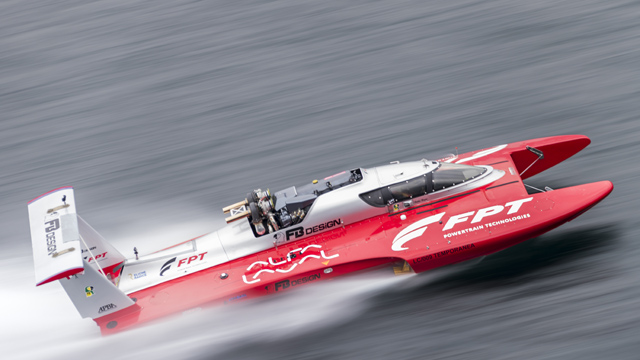